Where do we find a man of God?

How about the retiree selling day-lilies and fresh chicken eggs out of his home? Meet Eddie, a former manager who has a lovely little farm with 60 chickens roaming around the property and a sheep dog to corral them in at his command (the sheep dog was never trained, just knew what to do!), and day-lilies flowering everywhere! 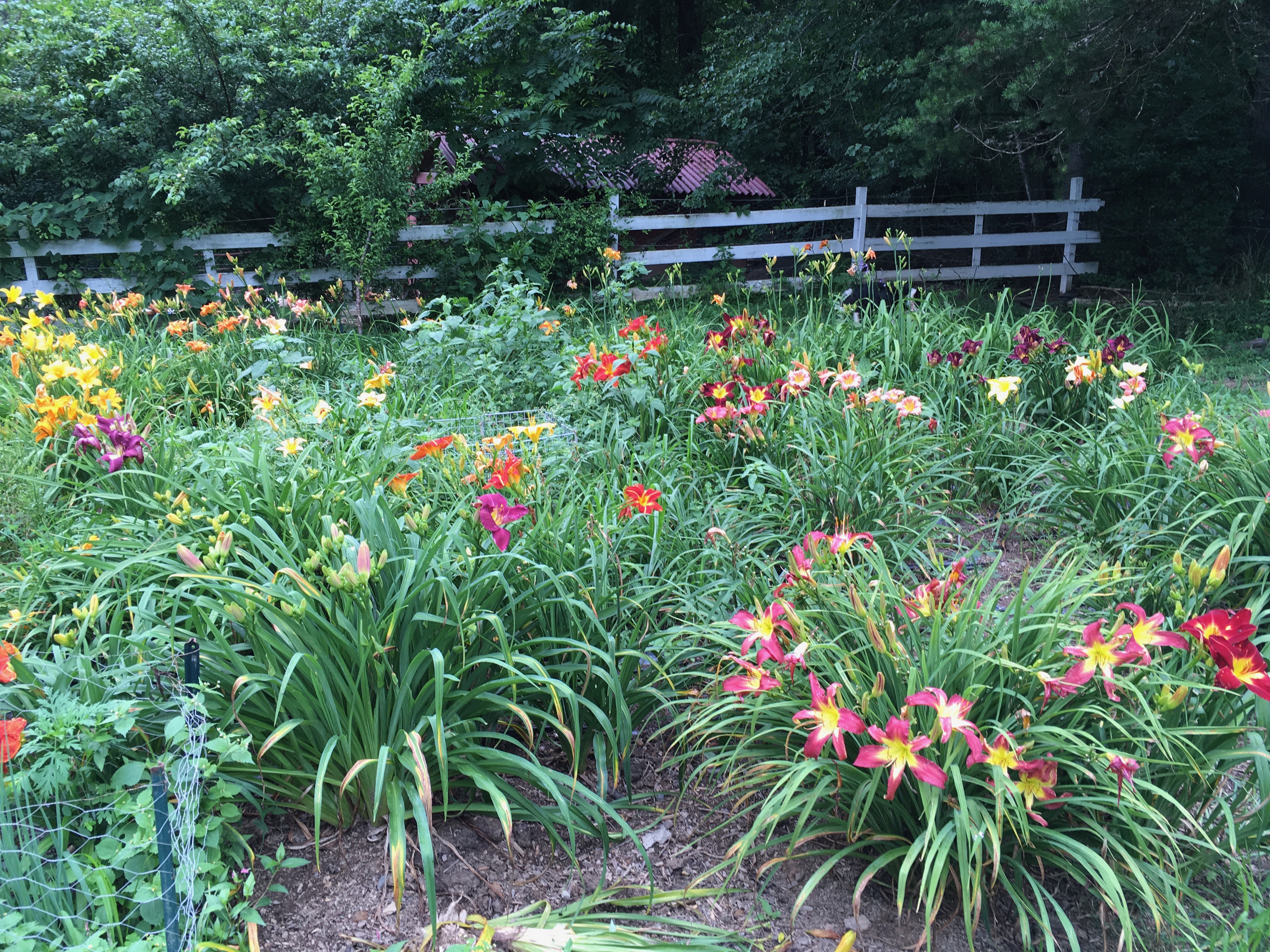 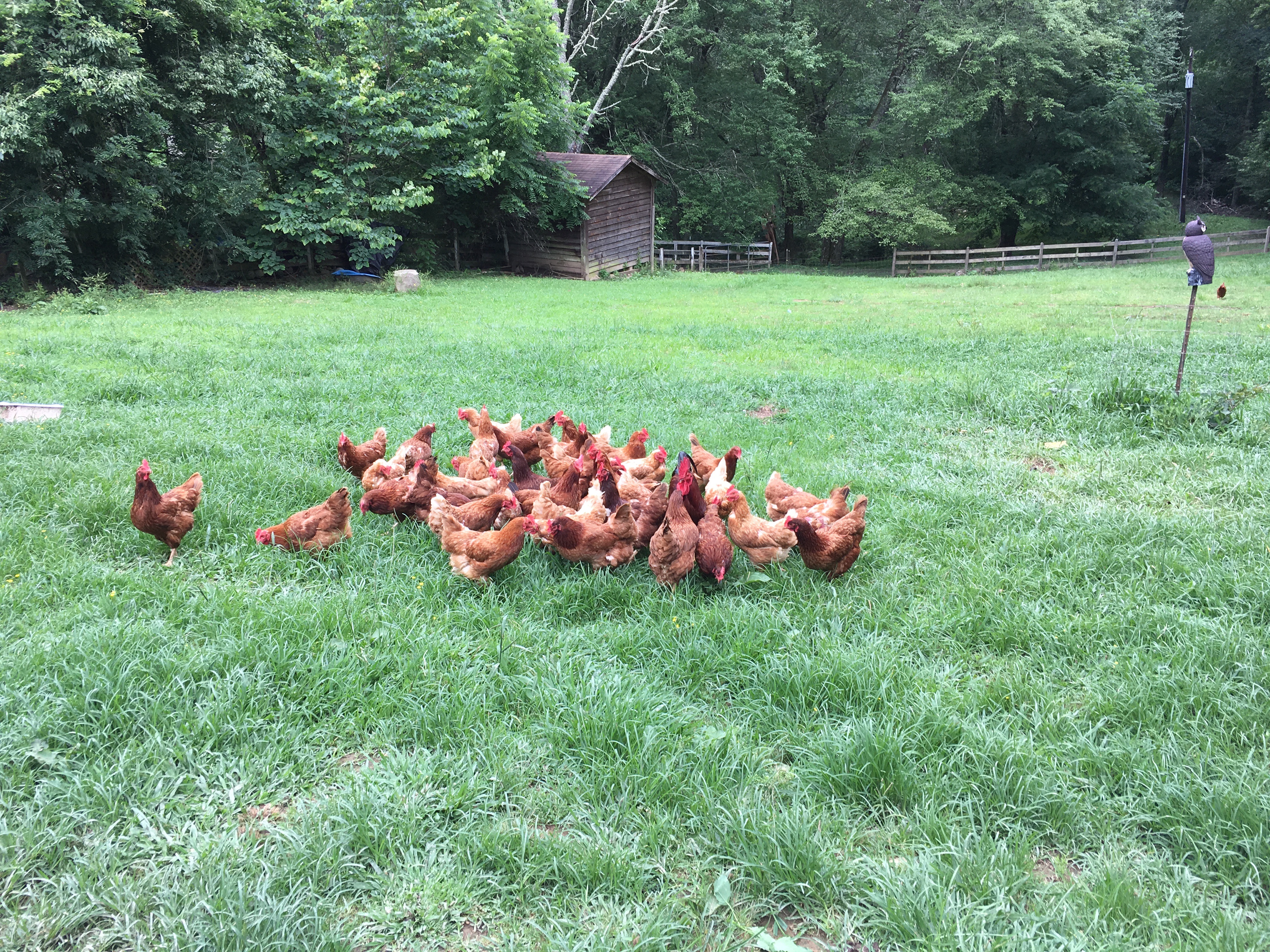 The place encompasses one with warmth and beauty.  At the entrance of his house are tablets with sayings from the Bible such as “As for me and my house, we will serve the Lord”.

The first time we showed up to buy eggs, we were greeted by him and his daughter, and when we expressed interest, they showed us around the charming property. There was no rush as they shared their enthusiasm for the place. The second time we came for eggs - really good, fresh eggs!, Eddie hesitated and then decided he could not do otherwise, and opened up about what God had done for him - kept us entranced for an hour or so!

He talked about how the human heart and mind can not grasp the magnitude of God, and how a hymn he stumbled upon impressed him so - which he recited slowly and with feeling, and maybe a tear in his eye:

"Could we with ink the ocean fill,
and were the skies of parchment made,
were every stalk on earth a quill,
and every man a scribe by trade.
To write the love of God above,
would drain the ocean dry,
nor could the scroll contain the whole,
though stretch from sky to sky."

He told us about when his company where had worked for many years was closing down, not knowing where to turn, he received a phone call with an offer for a new job with the transition already arranged! When he inquired about the 12 acre property across the road (the one he now lived on), even though he had no cash to speak of, the previous owner financed 80% of the cost of the land and set up a payment schedule that he could manage. When his dearest friend passed on from cancer, he was devastated, but as he prayed, he remembered that Jesus during the crucifixion went all the way to depths of hell and retrieved the key to death, the grave, and hell. He realized that the grave had not gotten his friend, but only an old man with cancer! He shared his inspiration with a minister who asked permission to use it in a sermon dedicated to his friend. Eddie noted that the sermon turned out beautifully!

He also talked about obedience and how hard it can be – he told a story of how he got a message from God to give $100 bill (most of what he was carrying) to a woman for her husband's upcoming funeral. He was not so sure that he wanted to, but when the time came, he was impelled to obey, only to discover she had $3 left to her name and was wondering if she would be able to buy gas for her car to attend the funeral.

When a local once asked what are all those Mexicans were doing hanging out at his farm, Eddie said he does not see Mexicans, but people, parents with kids who run around and call him “Eddie”. And he mentioned the woman from across the road (he thought she may be a lesbian, but no matter), finds great comfort in chopping wood with him, and just hanging out.